BTS has topped the chart, which ranks the most active artists on major social media outlets, every week since they first hit No. 1 on December 29, 2016, according to Billboard.

The band’s 17-month dominance is the longest winning streak since the chart was first complied in December 2010. 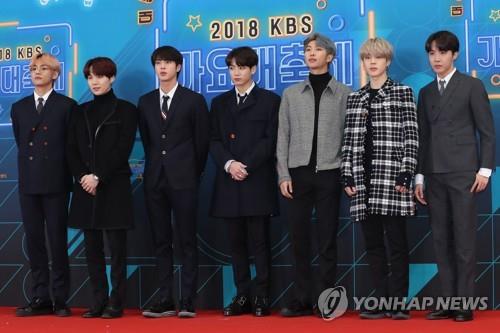 Also this week, BTS’ latest album, “Love Yourself: Answer,” ranked 77th on the Billboard 200 album chart, maintaining its presence there for the 18th week in a row since it landed atop the list in September.

This is the longest stay on the chart for any K-pop album.

This month, the septet resumes its world concert tour with a stop in Nagoya, Japan, set for Jan. 12-13, followed by concerts in Singapore, Fukuoka, Hong Kong and Bangkok.