Never ever make unflattering comments about K-Pop top stars either on social media, in news reports or even on a TV programme hosted in a language not widely spoken worldwide.

This was what Greece TV show Eutixeite’s host Katerina Kainourgiou has come to discover recently. 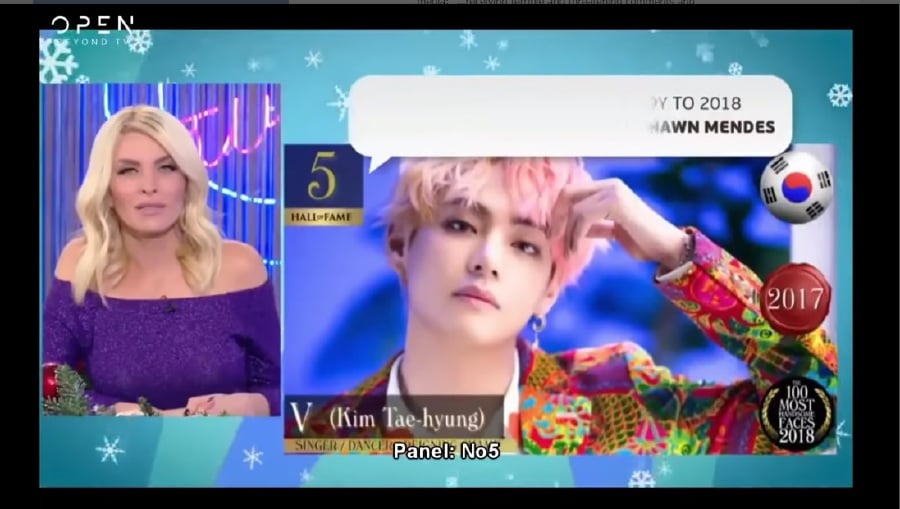 According to Allkpop, in an episode of the show aired on January 4, Kainourgiou and her guests were discussing The 100 Most Handsome Faces of 2018. Their comments on K-Pop stars such as BTS’ Jungkook (No. 2 on the list) and Taehyung (No. 5), EXO’s Sehun (No. 15) and Wanna One’s Daniel (No. 11) had enraged the stars’ respective fans.

The fans have deemed that the comments were disrespectful and reeked of racism.

Apparently, the host and her guests kept referring to the South Korean stars as women, and even made suppositions about their sexuality for having “too much make-up on” with that “salmon-pink lips”.

Fans worldwide have called out the host and her guests to apologize for their remarks of “racism”, “xenophobia”, as well as prejudiced remarks about gender image and “objective beauty.”

They have also called for those on the show to apologize.

Following this issue, Kainourgiou posted an apology via social media: “…receiving terrible and threatening comments and messages and I don’t think this is appropriate…I want to apologize to everyone who felt insulted from our humoristic comments…On Monday we will make a tribute to their artistic side.”

However, netizens refused to back down, denouncing the apology note for trivializing her own doings as “humoristic comments”.