Five K-pop singers born in the Year of the Pig will appear on “Idol Room,” a K-pop idol exclusive talk show that airs on the JTBC network.

In a teaser for the upcoming show uploaded on V Live, Ahn covered Chungha’s song “Roller Coaster,” while Chungha and YooA danced. 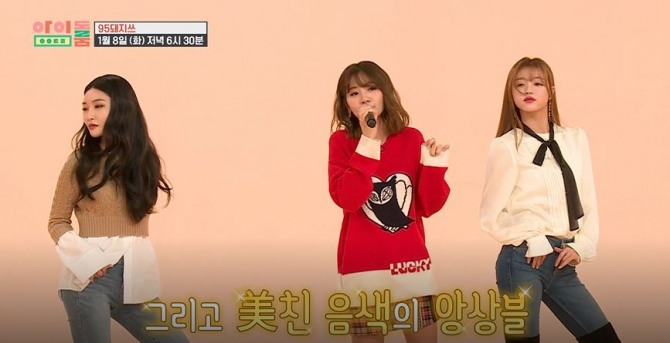 But as Ahn started singing, she drew laughs by mimicking the other stars’ dance moves in a comical way.

Naver’s real-time broadcasting app V allows fans to interact with their favorite K-pop stars through live broadcasts. The app is available for Android and iOS. For more information, visit http://www.vlive.tv.