Viacom and Russian telecom giant MTS partner on ‘K-pop MTCamp,’ which will be the U.S. entertainment company’s first TV co-production in the country.

Viacom’s MTV Russia has ordered reality series K-pop MTCamp, which will celebrate Korean popular music and will be Europe’s first reality show dedicated to the music genre, according to the company.

The series will follow 25 contestants who have impressed in auditions with judges that include two-time Russian Olympic figure skating silver medalist Evgenia Medvedeva. Living and performing together, the contestants will be narrowed down to the final five winners.

K-pop MTCamp will go out on MTV Russia in the spring in 29 episodes. The episodes will be 30 minutes each, plus there will be a 90-minute documentary special following the show’s five winners as they embark on a trip of a lifetime to South Korea “in celebration of a genre of music that has taken the world by storm,” Viacom said.

The series was, Viacom added, “aimed at Russia’s ardent and growing K-Pop fandom.”

MTV Russia was also set to launch a K-pop MTChart Show last month that will air in the lead-up to the reality series debut and run for its duration.

In a separate development, Nicktoons was set to debut in Russia last December exclusively on MTS as part of Viacom’s new partnership with the telecom firm. It joins Viacom’s portfolio of channels launched on MTS in August of last year, which includes Nickelodeon Russia, Nickelodeon HD, MTV Russia, Paramount Comedy and Spike.

Elena Balmont, senior vp and general director of VIMN, Russia, Georgia, Ukraine, the Baltics and CIS, said: “We’re delighted to be taking our partnership with MTS to new heights with a ‘first of its kind’ co-production that is set to redefine how broadcasters and their affiliate partners collaborate in Russia.” Viacom opened its Russia office in 2012. 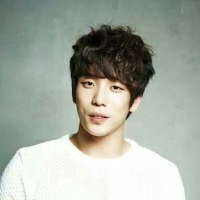