Two K-pop stars have broken the news of their romance on the first day of 2019. They are Kai from boy band EXO and Black Pink’s Jennie. 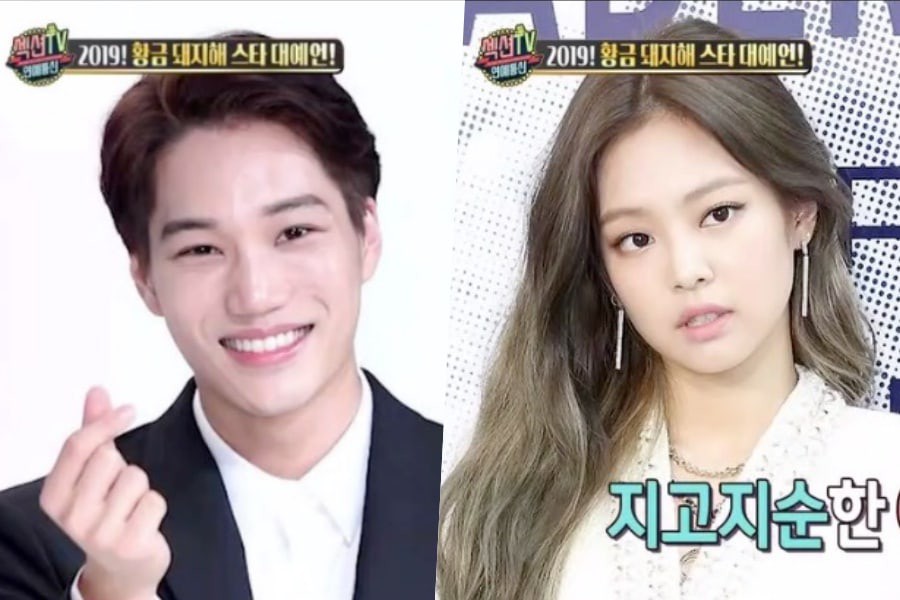 SM Entertainment, which manages the nine-member boy band, confirmed the relationship on January 1, saying Kai “has had a love interest in her.”

But YG Entertainment, Jennie’s agency, said the romance was new to it.

According to the report of Dispatch, with paparazzi photos, Kai drove to Jennie’s home near Hapjeong subway station in Mapo-gu District in Seoul on Nov. 25.

Jennie was seen getting into Kai’s black sedan and they slowly drove around Sangam-dong, passing the Mangwon and Mapo-gu District Office subway stations. They headed to nearby Sky Park, where Kai got out first to help Jennie out. They then strolled with hands clasped. They were also spotted taking a picture during the walk.

Jennie, who last November released her solo single “SOLO,” and Kai wore beanies, checkered scarves and dark-colored coats. The report said both are often spotted wearing Converse sneakers with the backs dog-eared, hinting this was an expression of their romance.

On Dec. 2, after returning to Seoul from Hawaii with his band, EXO’s main dancer headed to Jennie’s home with a fully laden shopping bag. The report said it contained his gift to her from Hawaii.

The couple’s romance likely dates to October 2018 when their relationship was rumored on online tabloids. YG CEO Yang Hyun-seok denied the rumor then, saying it was groundless.

Posts to Kai’s Instagram under the account name “zkdlin” were followed by fans’ encouraging comments, saying “Wish u happy with @jennierubyjane, we support you guys together,” “So happy for you, congrats” and “Happy new year oppa be happy with jennie.” The same support was seen from Jennie’s fans on her Instagram. One said “I SUPPORT JENKAI!!”