It is definitely the era of K-Pop as our idols continue to break records and achieve consecutive milestones in their respective careers. 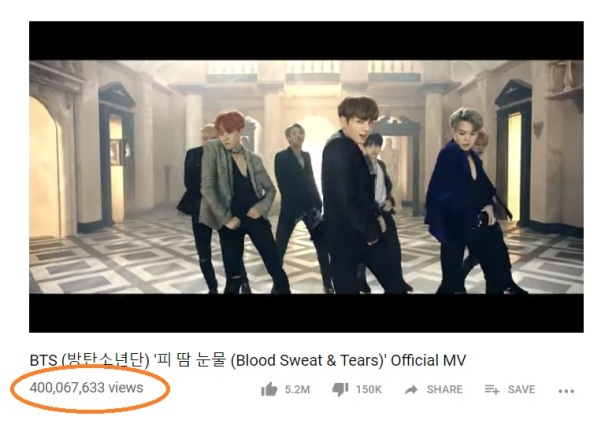 Big Hit Entertainment shared the good news on its Twitter account that was also tweeted by various sites that include All KPop and KPop Charts & News.

ARMY from across the globe immediately expressed their elation online. See their comments below: 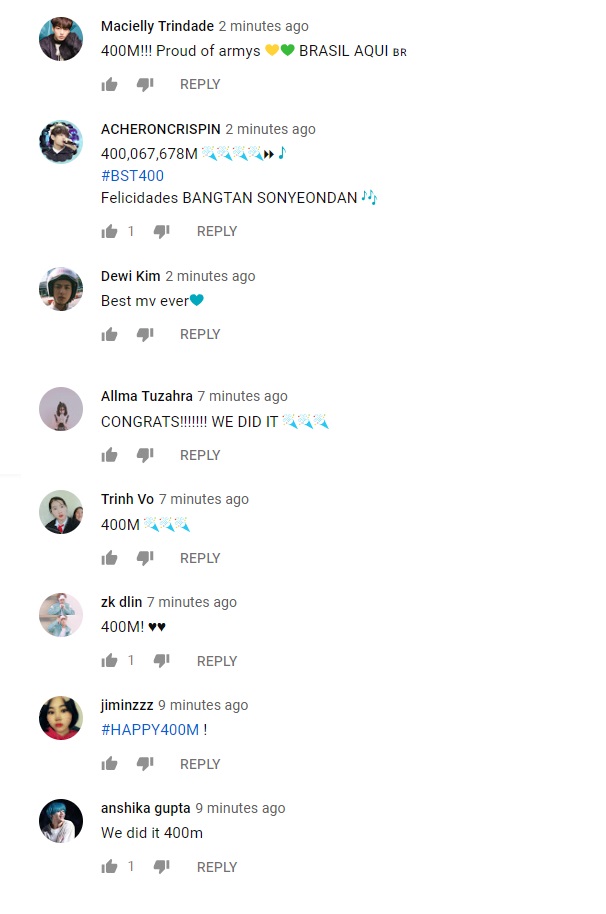 You may want to watch ‘Blood, Sweat and Tears’ to show your unending support to BTS:

And as it seems, ARMY is now stepping up their efforts for another BTS song to reach another milestone. They are now calling out ARMY around the world to stream “DNA” more and more!

You may also want to show your support again and again to BTS by streaming their “DNA” M/V below that has already reached more than 600 million views on YouTube:

The perfect hashtag for this is probably #400MBTS, hoping that the BTS’ climb to a gazillion M/V views is as fast as 400mbps!