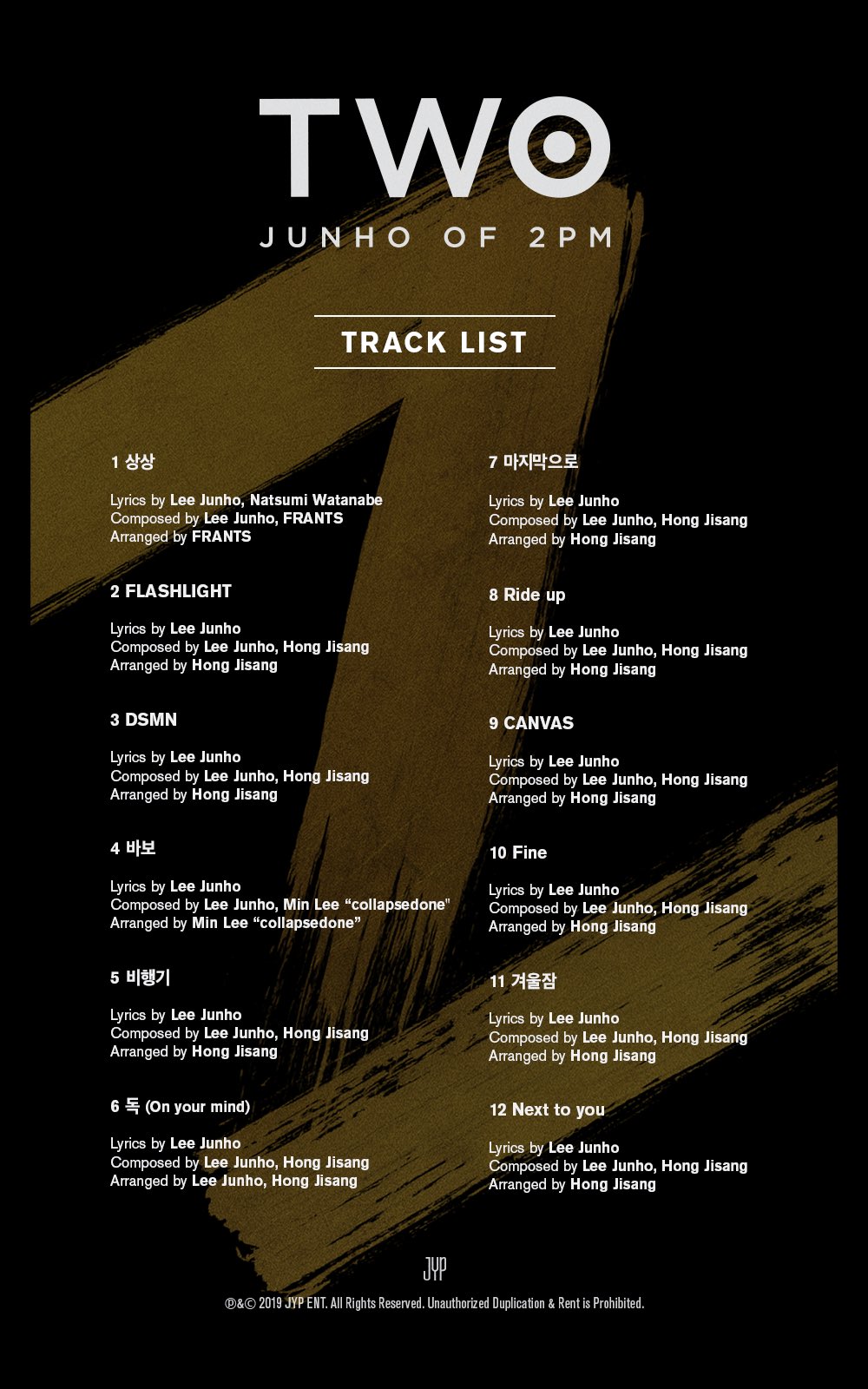 A few days after JYP released teaser photos for the new album of 2PM’s Junho, the agency posted the track list of “TWO” on its official Twitter Account on January 19.

All of the 12 songs featured on the album were written and co-composed by Junho himself. Whooah!