K-Pop boy band Astro is set to tour the globe this coming March as announced by the group’s company Fantagio on January 21. Astro’s world tour titled 2nd Astroad Tour – Star Light will include seven cities in Asia and the USA.

The six-member group will launch their tour in Taipei on March 16. They will subsequently head to New York on March 19 to be followed by shows in Dallas, Los Angeles and San Francisco before returning to Asia for their tours in Hong Kong and Bangkok. 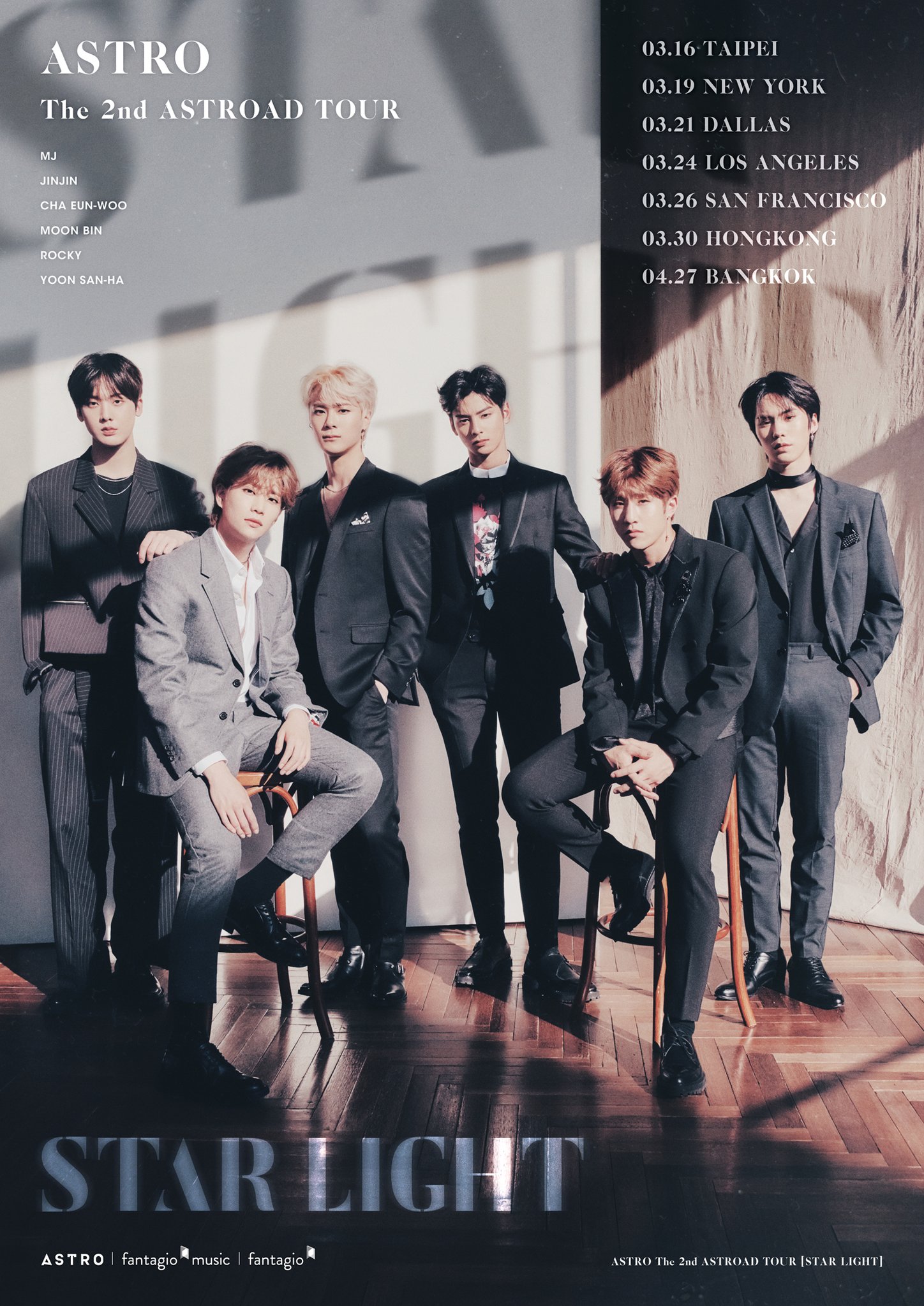 The world tour announcement comes after the group’s return with their first studio album “All Night” and the release of their title track. Check out their music video below:

Astro joins their fellow Korean stars in touring the US this year that include Winner, Oh My Girl and BLACKPINK.